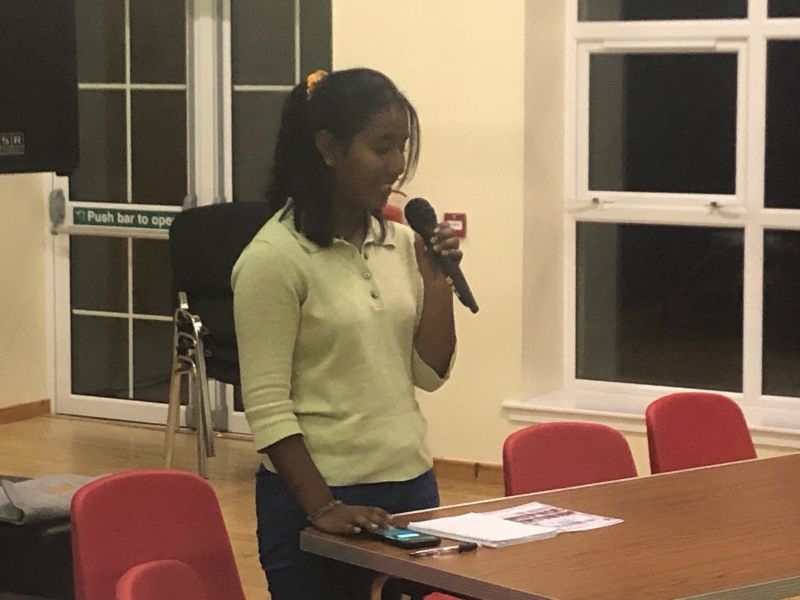 Today, 20 September 2019, people across the world – including Stornoway – are joining the Global Climate Strike and urging our decision-makers to take immediate climate action.

The Global Climate Strike on 20 September is a form of protest against the current climate crisis, and the lack of action from our global leaders.

Young people from The Nicolson Institute will be joining the event with a protest outside the Comhairle nan Eilean Siar – but everyone is welcome to join from 9am onwards.

Last night a large number of people attended the first public screening of An-Dràsta! on Thursday 19th September at Clan MacQuarrie Centre in Borgh.  The event included stalls from organisations like Tighean Innse Gall and Scottish Natural Heritage and food created specially in a sustainable manner.

The film has been made by young people from The Nicolson Institute during their summer holidays and focuses on the impact of the climate emergency in the Outer Hebrides.

They hope that it can be used to encourage conversations about climate change throughout the islands.

An-Dràsta! was produced with as part of Urras Oigreachd Ghabhsainn and Urras Oigreachd Chàrlabhaigh community LED by Energy Champions project which is supported by the Scottish Government’s Climate Challenge Fund.

Funding for a new peatland restoration project which aims to improve water quality, tackle climate change and help protect Black Throated Divers and Great Skua in the Outer Hebrides was confirmed in celebration of International Bog Day on July 28.

At a cost of £1,700 a hectare, the scheme offers a relatively inexpensive way of tackling climate change, as well as potentially reducing water treatment costs by minimising the amount of peat being washed into the loch - helping secure a strategically important drinking water supply in the Outer Hebrides.  It will also help preserve the local environment, with a recent survey confirming the loch is home to two of Scotland’s protected species – Black Throated Divers and Great Skua.

Ben Inglis-Grant said: “Around 80% of Scotland’s peatlands are estimated to be damaged, through man-made drainage and other land-use pressures as well as natural erosion taking place.

“By restoring our peat-lands they can begin actively functioning as they should, by storing water and capturing carbon.

“Peatland Action aims to make a difference across the length and breadth of Scotland and by working together with Scottish Water in this remote area, we can deliver multiple benefits to both people and nature, from carbon capture to clean drinking water and supporting natural ecosystems, which are so intrinsic to our existence.

“These kind of nature-based solutions are also integral to tackling the climate emergency we are all facing.”

The showing of An-Dràsta! followed – giving insights into the situation throughout the Islands.  The film-makers then took part in a Q & A session.

Towards the end of the event Sakshi Ortchison, one of the film-makers and also a Member of the Scottish Youth Parliament, spoke to the audience. She explained that for more than a year now, schoolchildren around the world had been striking for climate change. In May there was a protest in Stornoway.  This was part of worldwide events which had helped persuade the UN to hold another climate summit next week.  She and Maria McGoldrick, from South Uist, the other MSYP, attended a meeting of the Outer Hebrides Community Planning Partnership meeting about climate change.  “They recognised climate change was an issue here in the Western Isles but they weren’t sure how to tackle it.  We want to push them to announce a climate emergency.” She added: “Something needs to happen, something need to be done.”

She appealed for adults to stand up for “our planet and our home” with the young people today outside the Council headquarters.