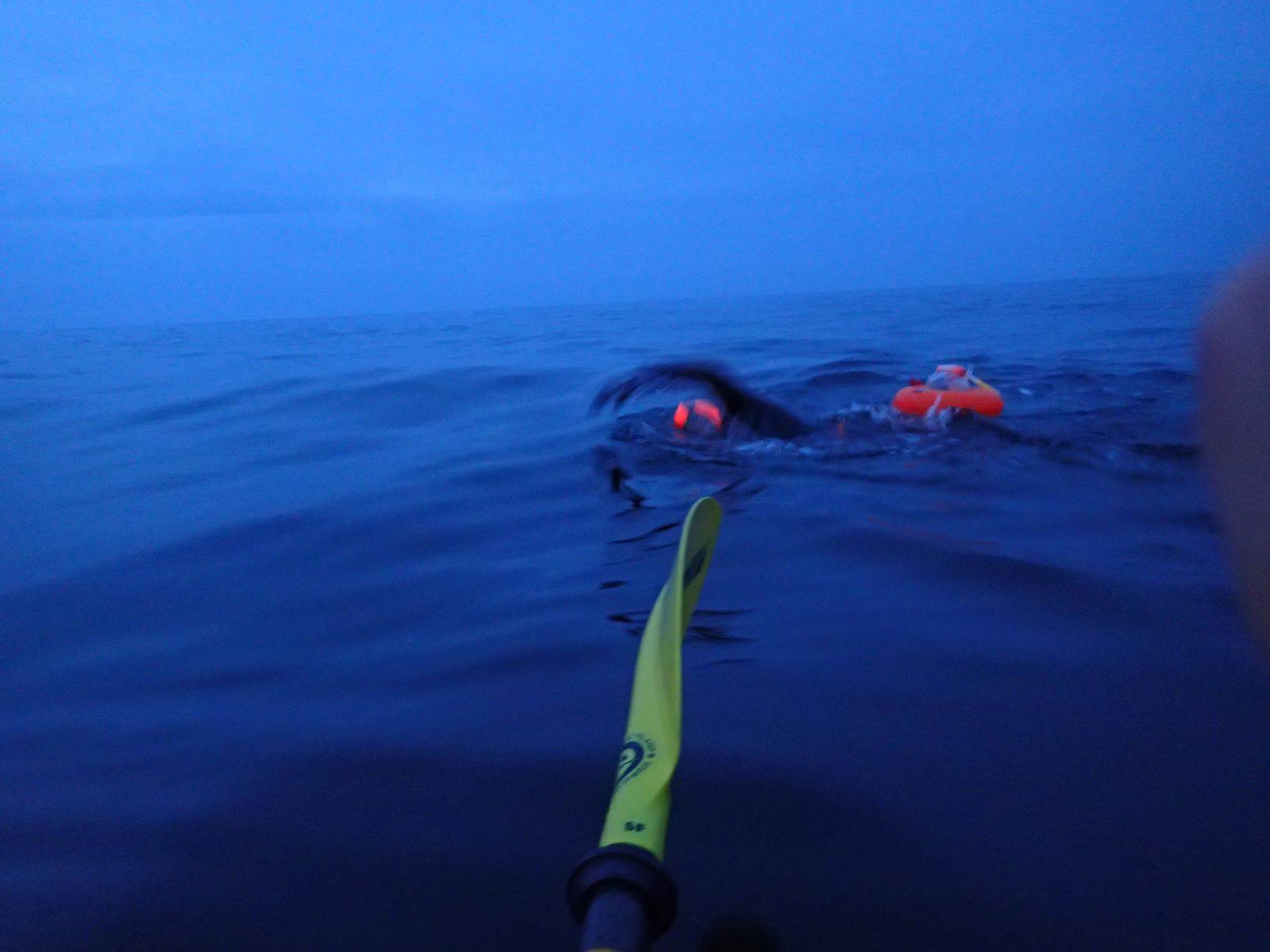 Paul has to quit Minch swim

The endurance athlete joined his team aboard the support boat Endeavour at 12.45 this morning (Sunday), admitting defeat when he became unable to keep down either food or water.

Paul was on a regular timetable of ‘feeds’ every 30 minutes to replace the energy lost as he pushed westwards from Gairloch heading for Lemreway and the landfall point. He’d left Gairloch at 6.35pm and had completed seven nautical miles by 12.30am.

He told welovestornoway.com today (Sunday): “Physically I knew I could do it – I was swimming faster than I ever have and feeling pretty good, but there was salt water in my mouth and nose and, even with blowing it out, it was getting into my stomach and churning it up. Every time I stopped to feed, I was sick, so I couldn’t take in any calories or water.

“After four times I decided to stop. I just told the guys ‘this isn’t going to work’. I was dehydrated and I knew if I kept going I would become seriously unwell and it would end with having to call the chopper, which I wasn’t prepared to do.”

The support team, Minch swimmer Colin Macleod aboard the Endeavour, skipper DK Macdonald and kayakers Robert Emmott and Phil Jones, backed his decision to  abandon his attempt and helped him aboard the boat to head for Stornoway, where the party landed at 3.45am today.

Colin said: “Proud of him. Not many people would even think of starting a swim like this. Hopefully Paul will raise a lot for his charity.” And while Paul admitted today that he felt ‘a bit down’ about the conclusion, numerous supporters backed his attempt and his good cause, Western Isles Community Care Forum. You can still donate via http://theminchswims.co.uk

Paul is now taking some time to rethink his plans. He said: “I’m sure I can do it. I’ve just got to try something different. I’ve thought about doing the distance in fresh water, perhaps in Loch Awe which is 25 miles long, but even then I think I’ll feel it nagging at me, because I said I’d swim the Minch and I am sure I can.”