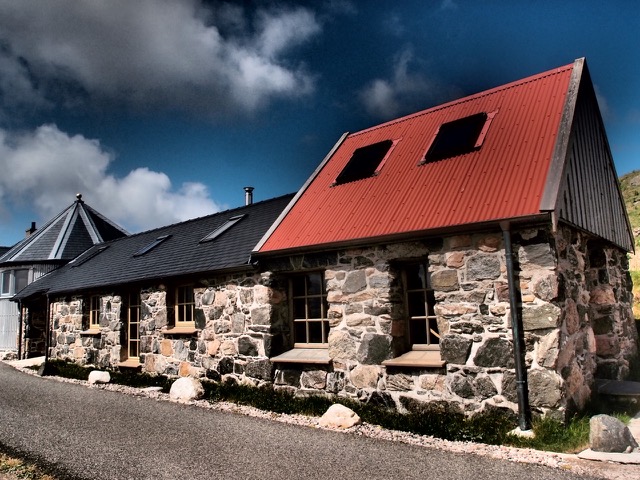 The parents of aid worker Linda Norgrove have found a novel way of raising funds for the charity they established in their daughter’s memory.

Having spent years transforming a derelict byre into an upmarket holiday cottage for rent, they plan to use the income to cover the running costs of the Linda Norgrove Foundation, ensuring all money donated by supporters goes straight to projects in Afghanistan.

After creating some quirky budget accommodation on their croft using an old wheelhouse and successfully building a bothy at Mangersta, listed as the most romantic in Scotland, the practical couple decided to take on renovating the Timsgarry byre. The building had lain unused for many years with part being used to house cows and another section a tweed weaving shed.

They were encouraged by the support they’d received in recent years from people using the bothy and wheelhouse who read about the charity and its work when they visited.

As well as donating more than £2000 last year alone, visitors to the bothy have gone on to organise their own fundraising projects for the Foundation, including a jazz concert in Heidelberg.

As John Norgrove explains: “We’ve always liked to keep busy creating things and we thought this would be a great way of covering the overhead costs of the foundation. We’re already pretty lean as charities go but we do have some outgoings - for example to cover design and printing of our newsletters.

“But we thought by using the holiday rental income to cover those costs people can be reassured their money is going directly to help women and young people in Afghanistan. And who knows – maybe some of our visitors will be inspired to help the cause in other ways.

“But our latest venture is very different from anything we’ve tackled previously as, unlike the wheelhouse and the bothy, it’s very much aimed at the luxury end of the market. The feedback we’ve had from visitors so far has been great, so it’s worked well.”

The barn has a large open plan living/dining/kitchen area with a state-of -the-art wet room style bathroom and a round tower bedroom with spectacular views across Ardroil beach to the hills beyond.

Linda was kidnapped while working for a charity in Afghanistan where she was overseeing development projects such as road building and irrigation. She tragically died during a failed rescue attempt by US Forces on 8 October 2010.

Her parents wanted Linda to be remembered for her contribution to life rather than her tragic death and established the Foundation to help women and children affected by the war in Afghanistan.

Since the Foundation was established in 2010, it has distributed well over £1m to help women and children affected by the war in Afghanistan and funded more than 80 grassroots projects.

More details of the Timsgarry barn and how to book are at www.timsgarry-isleoflewis.co.uk

You can find more information on the charity and its work on the website at www.lindanorgrovefundation.org.