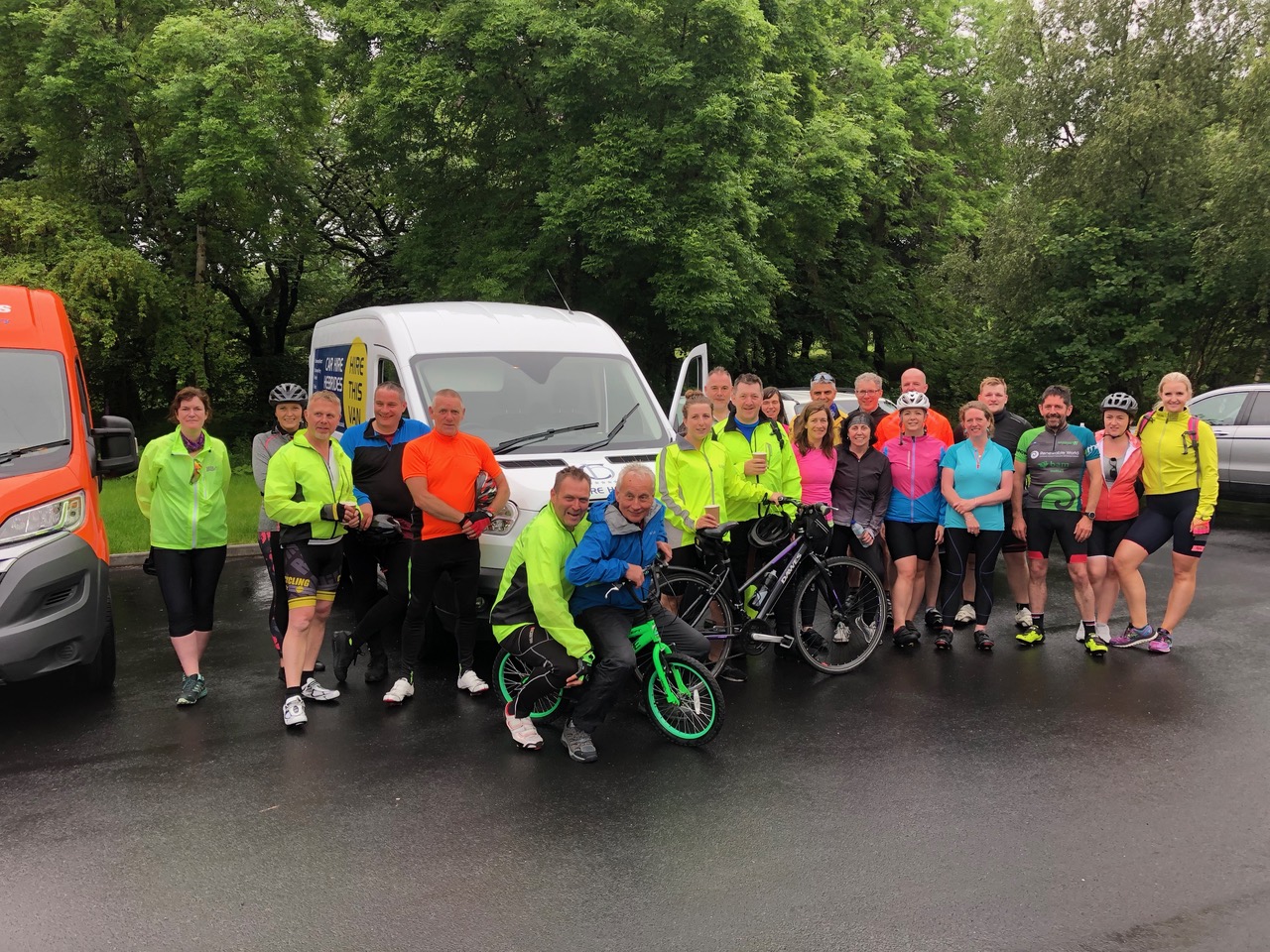 Leaving the Hub in Willowglen around lunchtime today…more than 30 cyclists (not all pictured) heading for Tarbert, Balivanich and Castlebay over the next three nights.

Accompanied by several support vehicles, they set off the Butt of Lewis at the start of the day.

Tomorrow (Thursday July 11th), an early start takes them from Tarbert down the west side of Harris and they’ll stop at Scarista for a break, reaching Leverburgh for lunch in the church hall before taking the lunchtime ferry to Berneray. Afternoon tea is being donated by Hamersay House in Lochmaddy and the team will spend the night in Balivanich Hall.

Friday sees a 7am start from Balivanich, coffee at the Borrodale Hotel and lunch at Am Politician in Eriskay, before the ferry across to Ardmhor and the last leg down the west side of Barra. They’re hoping for a 3.30pm finish at Castlebay ferry terminal and will then spend the night at Castlebay Hall, with Castlebay Hotel providing a supper and some celebrations very likely indeed!

Cyclist Murdo Louie Macdonald – one of three SSE employees who are doing the distance – said the group plan to ride as close together as possible without impeding traffic. He told welovestornoway.com today (Tuesday): “We’ll be riding together, but not three abreast or anything like that. Our plan is not to create any difficulty for traffic and we will do what we can to minimise the inconvenience, but in return we ask that drivers give us a wee bit of leeway and respect as we ride.”

Three vehicles will accompany the riders to ensure safety and support on the route, including the mobile repair service operated by Alistair Glover of Bespoke Bicycles. There are also first-aiders among the team in case of any scrapes.

The cyclists set a fundraising target of £5,000 on their JustGiving team fundraising page (https://www.justgiving.com/teams/butt2barra2019) and bust through the £10,000 mark on Monday this week. Some of the team are running their own fundraising pages, while others are sticking to paper sponsor forms, and there will be buckets available during the ride for people to make a donation as they pass.