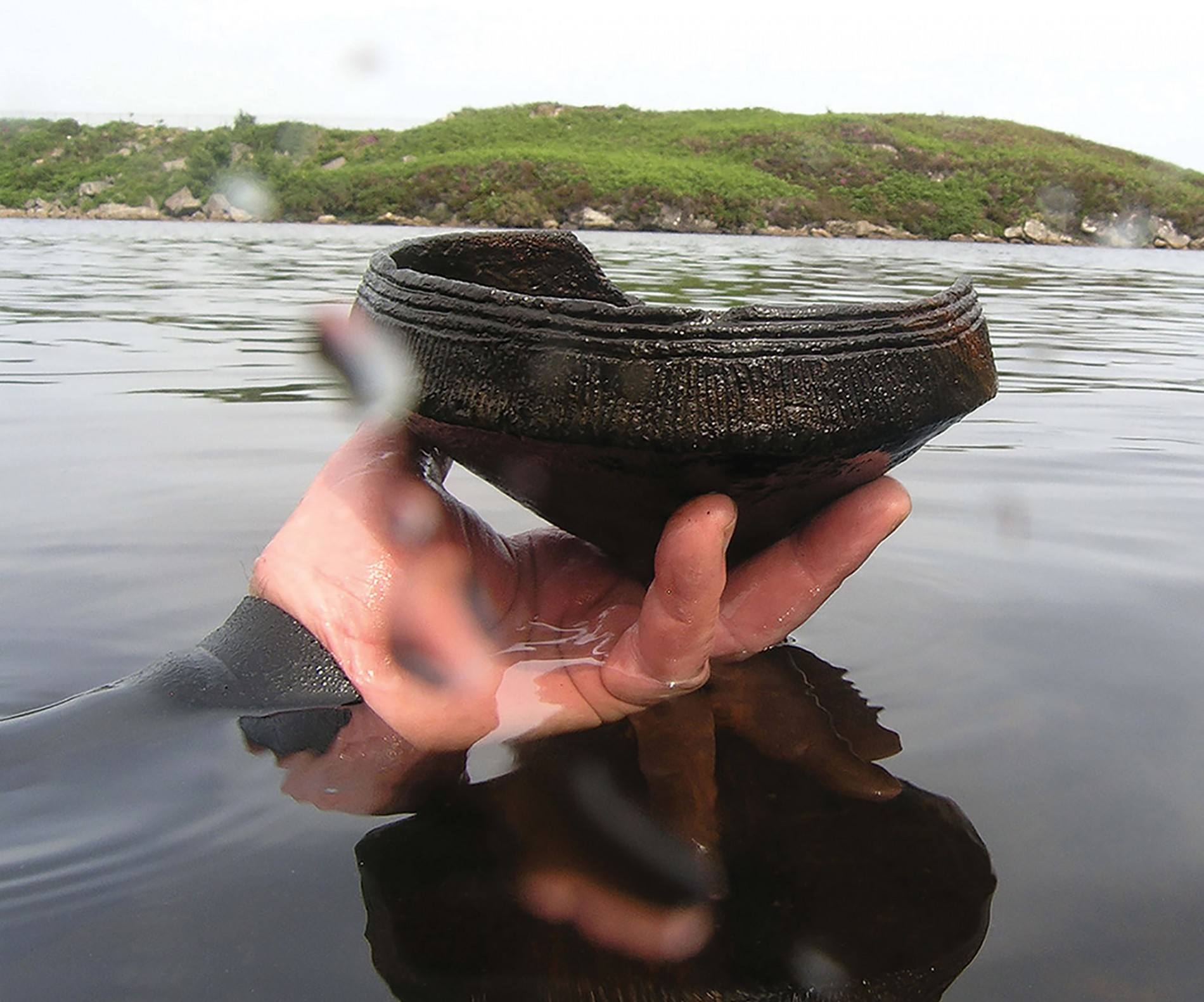 Neolithic pottery found underwater in the lochs of Lewis will prove to be of worldwide importance, according to the diver who first uncovered the finds.

Stornoway diver Chris Murray has been diving freshwater sites in Lewis and Harris for years, convinced that evidence lies on the bed of the loch that will explain the significance of the crannogs which are scattered across the island landscape.

Now Chris’s work is drawing increasing attention from the world archaeology community, with a paper published yesterday (Wednesday June 12th) in the journal Antiquity, which credits his finds with bringing about significant change in opinion about the islands’ Neolithic history.

Crannogs are man-made stone islands in lochs, usually connected to the shore by a pathway of deliberately positioned rocks. Their date and possible purpose has been widely discussed, with ideas ranging from iron-age homes to sites for ritual activity. It has been hard to date their construction, because they use natural and local materials and because little archaeological evidence in the form of man-made finds has been connected with them. 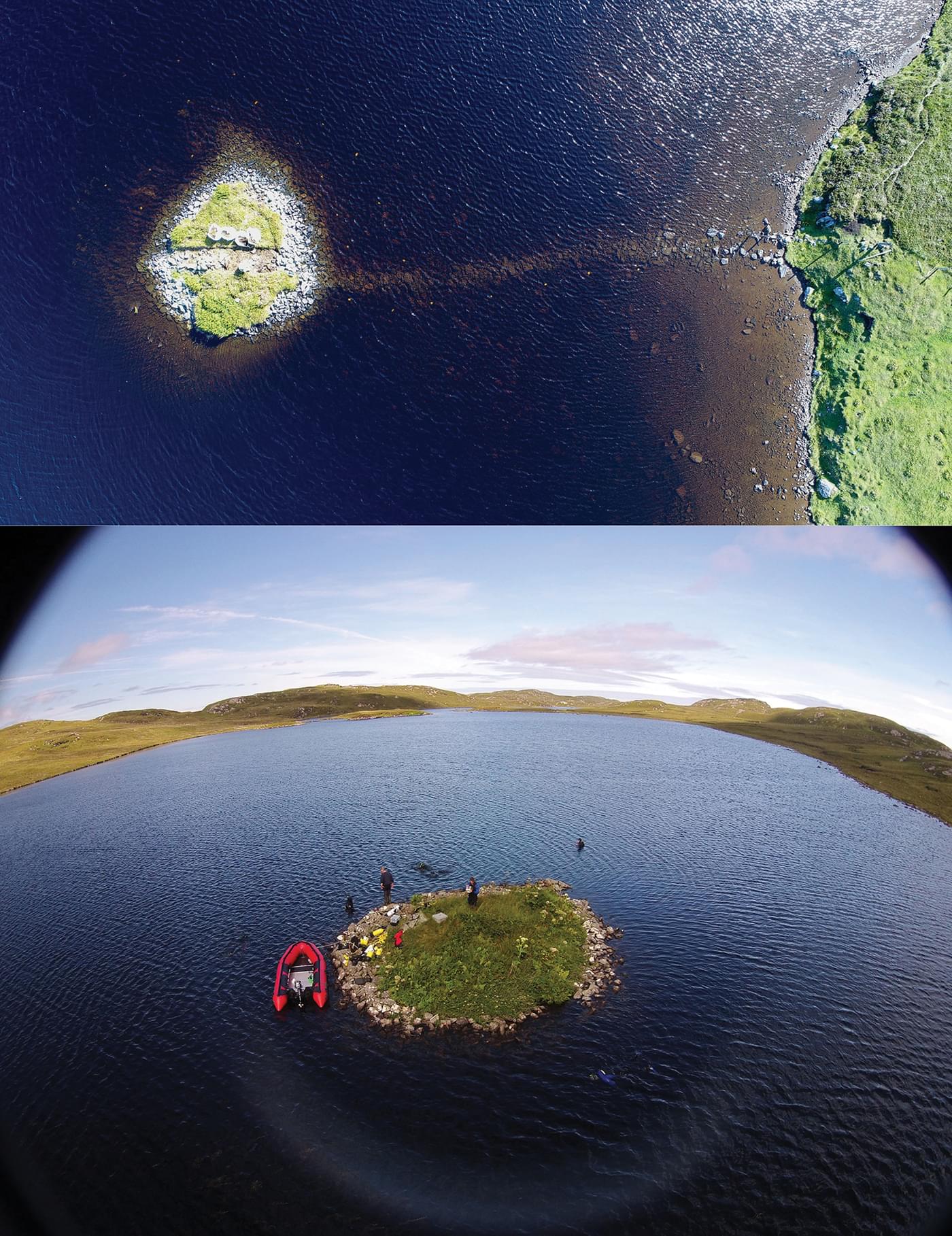 Chris told welovestornoway.com today: “My reasoning was that, if you find a crannog and there’s nothing evident on the island itself, then you look underwater. Curiosity made me dive, initially in a loch at Ranish, and I have since found hundreds of pieces of pottery at lochs all over Lewis – scallop shaped pots, fragments and pieces. I have 21 pieces sat on the kitchen table at my home right now.”

Chris’s discoveries triggered a gradual growth in scientific interest, with archaeologists from British and overseas universities drawn to the Outer Hebrides to see for themselves the landscape in which these Neolithic finds are discovered.

Yesterday’s paper proposes that it is time for a complete rethink on the Neolithic community of the islands. Authors Duncan Garrow and Fraser Sturt of the universities of Reading and Southampton say: “Building upon Murray's initial underwater discoveries, our research has demonstrated the widespread presence of Neolithic crannogs in the Outer Hebrides, finally confirming previous scholarly speculation about the possibility of their existence.

“Our results suggest that Neolithic crannogs were not necessarily used in a uniform way across the region. The practices in evidence at, and character of, the Lewis islets forces us to reconsider the nature of Neolithic settlement, monumentality and deposition on a much broader scale. Essentially, in relation to the wider British Neolithic, this is a new type of site…. It is exciting to anticipate what further survey and excavation of other Neolithic crannogs across the Outer Hebrides—and possibly beyond—may reveal.” 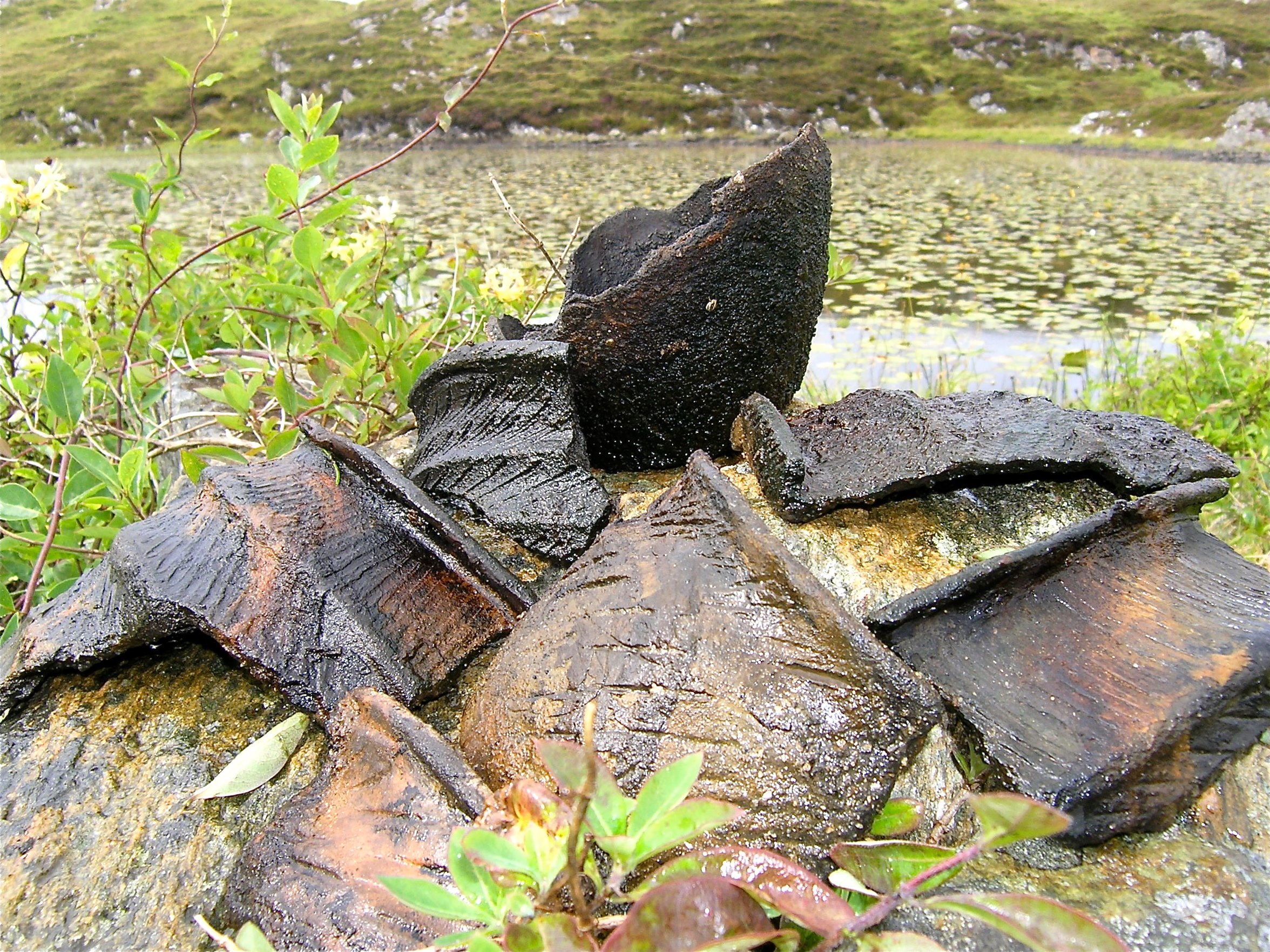 Duncan, Fraser and other researchers are expected in Lewis in two weeks to continue research at lochs near Carloway, where Chris has already made significant finds.

Chris said: “People did not realise that there was Neolithic stuff at these sites until I started finding it. This material is older than Stonehenge and it indicates more than a few Neolithic sites here and there. It has become of worldwide importance, with arefacts that are as rare as hen’s teeth – and they’ve just never been found before.”

The full paper is available for free view here.

A National Geographic article on the same topic was also published yesterday, and can be found here. 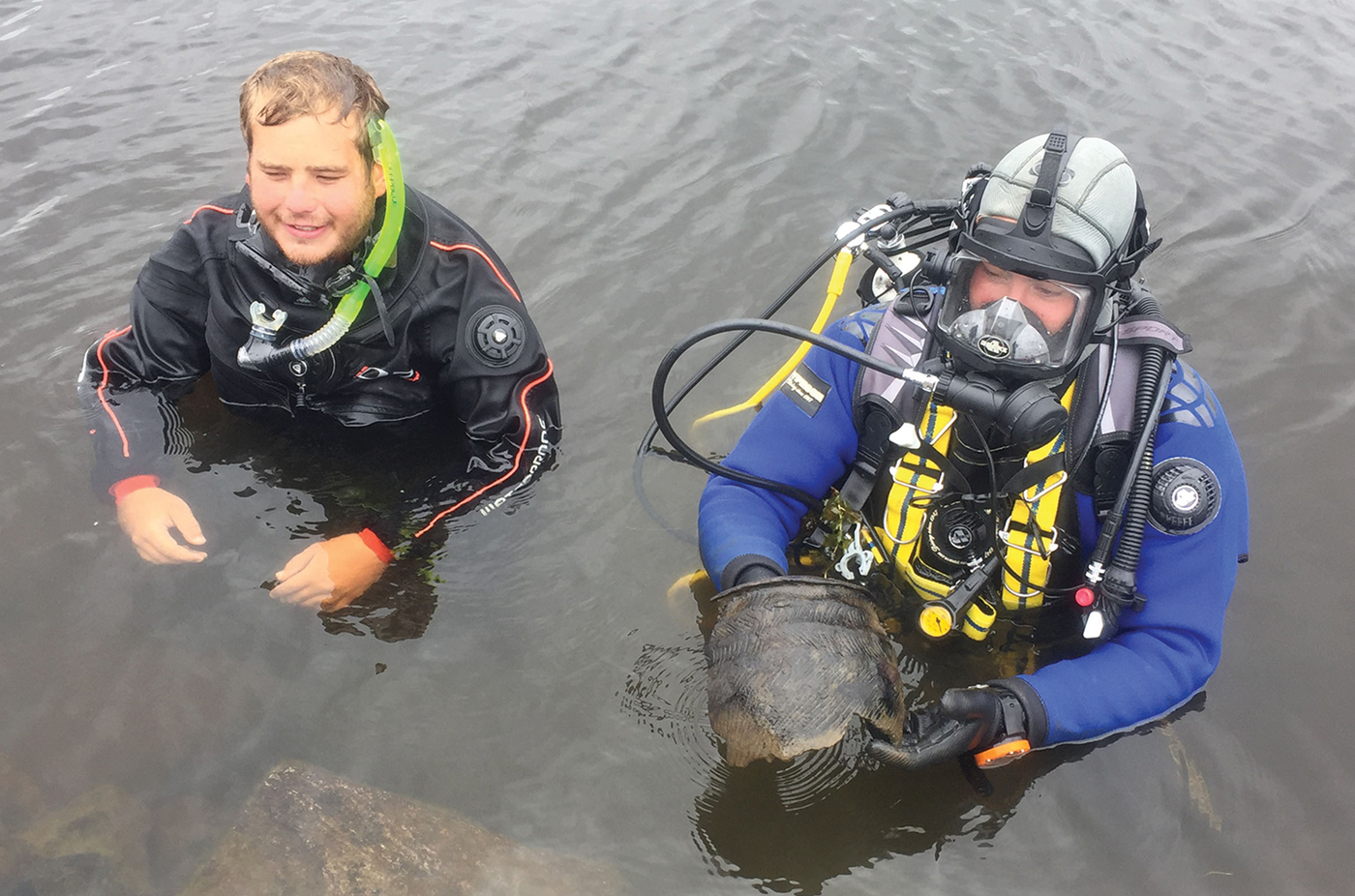