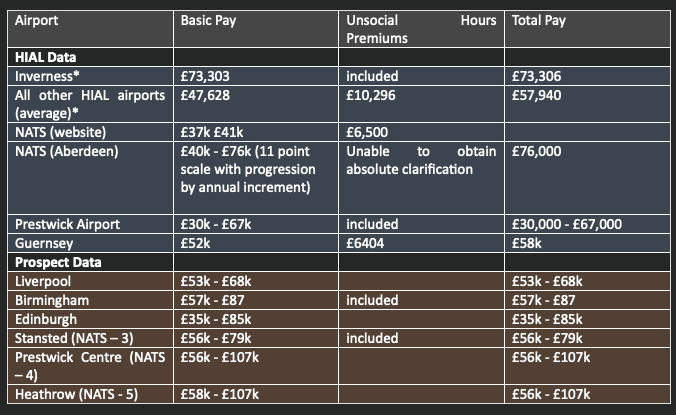 In a media release, Rhoda Grant stated she met with representatives of the Prospect Union, which represents the air traffic controllers, on Wednesday May 29th at the Scottish Parliament.

Mrs Grant said: “Air traffic controllers are being left without a voice, drowned out by comment from a flight operator and airport management.

“The pay gap is even wider for air traffic controllers working on the islands. How is this fair when they have the exact same training as their counterparts elsewhere?”

Jonathan Hinkles, managing director of Loganair, reacted on LinkedIn saying: “Has Labour MSP Rhoda Grant really just published a press release saying that Air Traffic Controllers in the Highlands and Islands are paid 100% less than those at Heathrow?   I didn’t know they were allegedly working for free!

“It’s a shame the union are having to resort to getting an MSP to be their mouthpiece in this increasingly futile and ill-supported dispute which is rapidly losing any public support it ever had.

“Let’s get back to getting your constituents in Highlands and Islands flying instead, Rhoda.”

And Mr David Hourston, the managing director at Dalcross Holdings Ltd, commented: “Poor reflection on Prospect if the ATCOs have ‘no voice’.   This and poor maths suggests a political dig rather than sensible comment.  The strikes are extremely damaging to our small Highland companies and their staff.”

HIAL recently published figures on ATCO earnings which have been at the centre of their negotiations with the union.  They have said it is clear that HIAL controllers are very closely aligned with colleagues at other airports across the UK.

HIAL has previously stated that it’s not a fair comparison between an ATCO at Heathrow, which handles nearly half a million flights a year and Benbecula, which handles less than 4,000. The remuneration packages at Aberdeen, Edinburgh and Inverness airports match up pretty evenly, the company says.

Rhoda Grant also stated that in the background of the dispute are HIAL’s plans for its seven airports to have their air traffic controlled remotely from a new digital tower based in Inverness.

“In the past there was an understanding that air traffic controllers knew they could earn more elsewhere but were willing to relinquish that in return for having secure, highly qualified jobs at home,” said Mrs Grant.

“However, with the plans to centralise air traffic control from the Highlands and Islands to Inverness, Prospect have had enough and want their pay to reflect what others are paid in the country.”

However, HIAL say that as a government sponsored agency, HIAL must follow the Scottish Government pay policy.  Last year HIAL awarded up to three per cent to ATCOs which was awarded to all HIAL staff.  HIAL cannot implement pay awards higher than those directed by government policy.

And HIAL point out that Prospect have told them, and stated publicly, that the centralisation plan and the pay campaign are unrelated.  The union was quoted in the Orcadian newspaper recently as saying: “This industrial action is not linked to HIAL’s future proposals for remote towers but rather the problems that the company experiences today in recruiting and retaining controllers.”

HIAL refute this last point, saying: “Turnover levels are low and a recent recruitment exercise resulted in over 100 applications for positions all over the Highlands and Islands.”

HIAL said they won’t comment on Ms Grant’s correspondence, other than to say: “HIAL remains fully focused on resolving this dispute and we will continue to engage with Prospect to achieve a resolution.”

Prospect recently announced another day-long strike on Wednesday 12th June. This follows a day of strike action on 23rd May.

Prospect negotiator David Avery said then: “Since the initial strike action we have received no new offer from the employer, therefore our members have taken the decision to undertake a second day of strike action.

“The onus is now on HIAL and Scottish Government ministers to engage seriously with this dispute and come up with a proposal that will resolve this issue.

“We remain willing to negotiate in good faith and hope that an acceptable solution can be found.”

Meanwhile, action short of a strike continues, disrupting flights across the region. 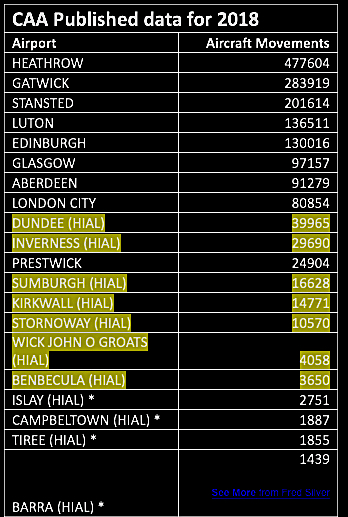