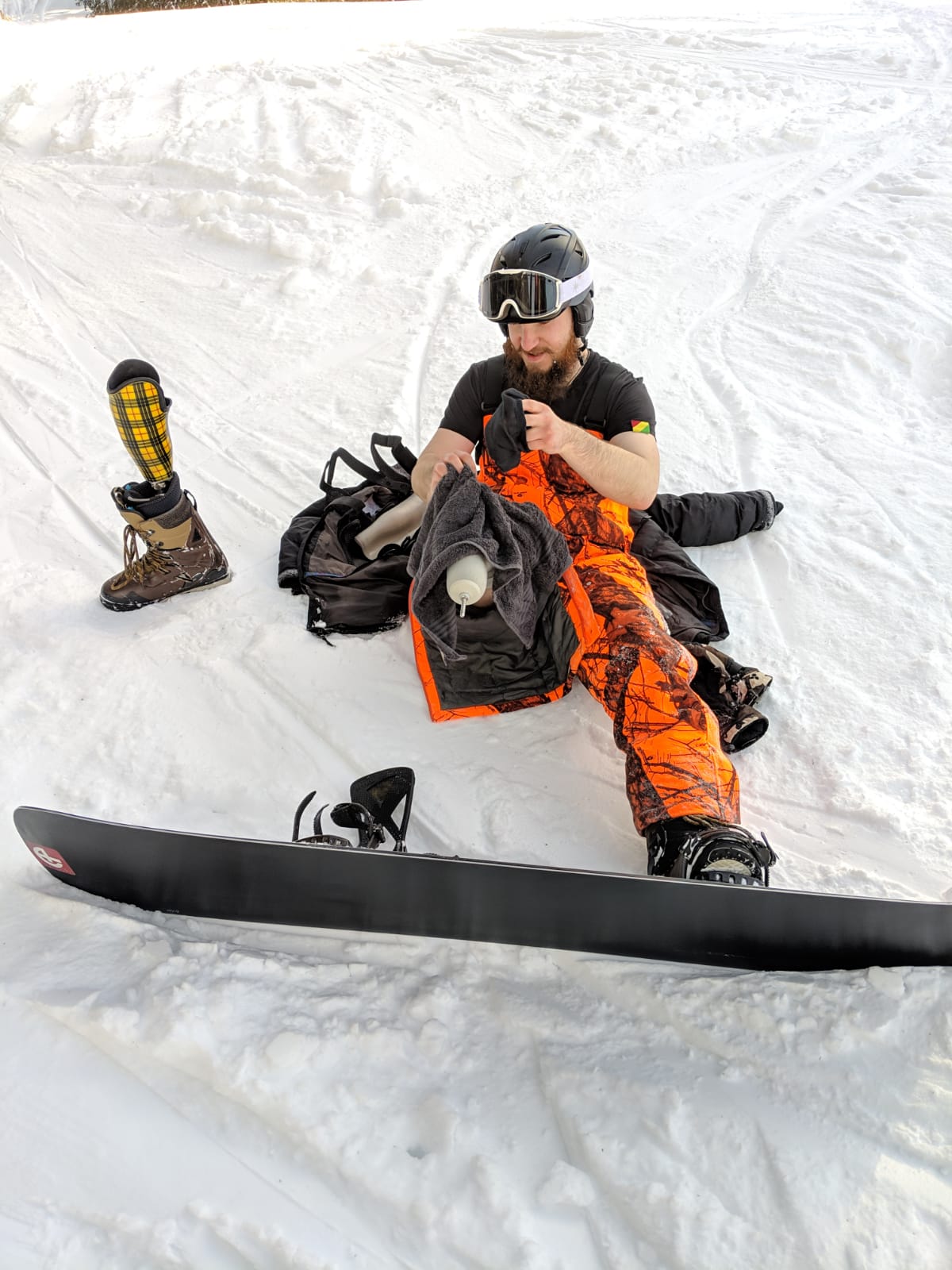 A paralympic athlete born in Stornoway has won a place in Team GB – and hopes to be in Beijing in 2022 for the winter Paralympics.

Andy Macleod is now training and competing at world cup level in the Great British para snowboard team, ahead of the formal selection process which will begin in 2021.

He heads for France next week (Monday March 25th) to begin five days training, before making tracks for the World Cup Finals at Klovsjo in Sweden from April 2nd.

Andy’s been competing and training for several years, but this is the first year he’s been part of the Paralympic team. He’s also testing himself at entry level with able-bodied competitors – coming a respectable 11thout of 32 in his first race – but he has learnt from hard experience that he needs to pace himself to be sure he’s ready to ride for the big events.

He told welovestornoway.com today (Wednesday March 20th): “I came 7thin a competition in Finland in December, but then had a solid four weeks training and competition that was too much for my leg. It left me with a slight injury which has meant I’m missing next week’s world championships in Finland.

“The prosthetic leg I use is heavy duty and designed to help absorb the vertical shock when I ride, but I’m having to learn to manage my schedule to avoid pressure sores and other injuries. That’s one of the best things about working with the Paralympic team – the coaches understand that you have to be sure not to overwork the prosthetic leg.”

Being part of the team also means he gets some help with travel expenses from UK Sport and the Scottish Institute of Sport, but he still needs all the home support he can get – and island businesses are very willing to help. His practice board has been sponsored by Charles Macleod (Charlie Barleys) and Harris Tweed Hebrides gives financial support to his training and competition schedule. He also gets financial and practical support from Rarebird Design, with stylish scarves that keep him warm on the slopes.

Although he’s now based in Stirling, Andy still has family in the Western Isles and comes home to see relatives at least once a year. His mum came from Bernera and dad from Shawbost, and Stornoway was home before he moved to the mainland.

In the near future he’ll have to be a world traveller – after Sweden his probable next trip is to Australia in August for training and competitions during their winter season. Throughout, he’ll get the know-how and backup of team GB and his own coach, Si Nicholson from Manchester, and he’s determined to make the most of it.

“My riding has come on a lot, my training is more focused and I have better control of the board. My aim now is to carry on riding at this level and to prove that I am capable of competing for Team GB at the 2022 Paralympic Winter Games in Beijing.”

Pictures show Andy in action and on the slopes with his prosthetic leg, flying the flag in Macleod tartan. (Andy Macleod).