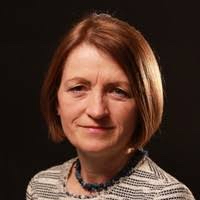 Every year for International Women's Day, on March 8ththe organisation publishes the list, as nominated by the readers of its publication The Planner.

For this year they invited formal nominations and citations and asked a number of distinguished planners to help select a focused list of just 50 Women of Influence.

“Despite this new element of selection this year, we still regard this as a non-ranked, non-competitive list – our aim is not to tell you who we think the 'best' women in planning are; but to celebrate the impact of women on planning and planners.

“As such, some women are on the list because they've had a significant influence on national planning policy; others because they've inspired the planners who work with them.

Because of are joint awards the total number of women acknowledged in this year's list is 55 …and one is Brenda Jones, Developments manager at Stornoway Port Authority.

The citation says: “Working in a highly-specialised area (ports) in what some would consider one of the more remote parts of the British Isles (Lewis and Harris off the west coast of Scotland), Brenda nevertheless makes her presence felt, through industry bodies, networking organisations and by contributing to national consultations.

"Brenda oversees the masterplan for a £66 million development project that will boost economic growth in marine tourism and other sectors, taking a collaborative approach to gaining the multiple consents required for Stornoway Port Authority'sdevelopment projects. She is closely involved with the work of Women in Property in Scotland, sitting on the association's Scottish Advisory Board and working closely with women in construction and property, most topically organising a lunch for International Women's Day in Stornoway.

"She is committed to supporting women working in the industry, having this month (February 2019) completed evidence for Scottish Parliament’s Economy, Energy and Fair Work Committee addressing Scotland’s Construction Sector Inquiry.

“Brenda is a past national chair of Women in Property (2017-18), when she did a great deal to raise awareness in the professional media to issues surrounding disrespect and discrimination when #MeToo was top of the news agenda."

The Royal Town Planning Institute is based at 41 Botolph Lane London, EC3R 8DL